Following up on Neil's 2015 London Youth Games Hackney Cycling Team report:
Since winning overall in 2009 & 2010 we've had four years of consistently collecting LYGs cycling medals and narrowly missing out with a 2nd place last year. I'd like to congratulate all of Hackney's riders in the squad and thank every young cyclist at the trials, the parents and coaching staff for their commitment and drive. Thanks and well done also to Lynn Humphrey & Ladi Ajayi of Sports Development at Hackney Council Leisure and Green Spaces for their support and backing for sport in Hackney. Balfour Beatty without whom there would be no games - teamwork works.

In 2011 after defeat to Richmond and releasing the trophy after two years with it, I said that "we may have lost the cup but we won the future" with our young team at the time. Well the future is here now, look out London because we have the riders and back room staff in Hackney ready to stay with it.

Regarding a celebration dinner we are going for an evening date when we are all in town for mid September; either Tuesday 15th or 25h. This may (should) be a joint celebration with Hackney BMX who also lead the Hackney BMX team to overall victory in this year's LYGs - well done:) yep it's obviously great to be a bike rider from Hackney! 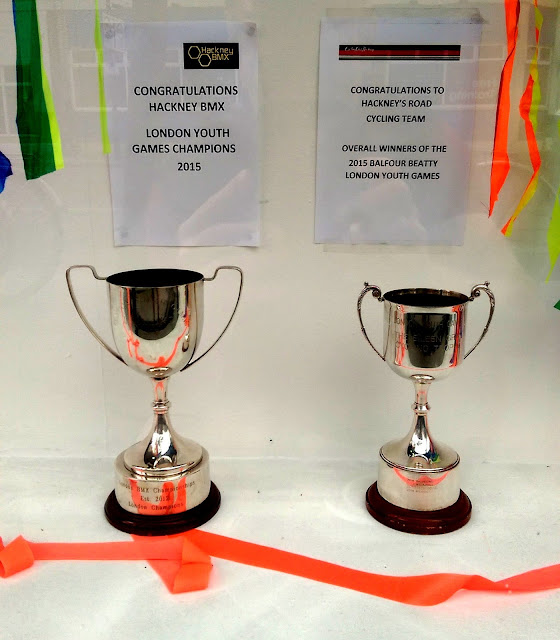