Alex Peters back in pro action with 2020 vision

CC Hackney’s original youth member Alex Peters is to return to professional cycling since taking time out after retiring from Team Sky in 2017. Good luck Alex with team Canyon DHB!
Alex is well remembered in France, in 2015 he left a lasting impression in the Tours of Normandy & Brittany and his return has been reported here.  Alex Peters ; “Je me suis dit : quelle est ma passion? Qu’est ce que j’aime faire? “ 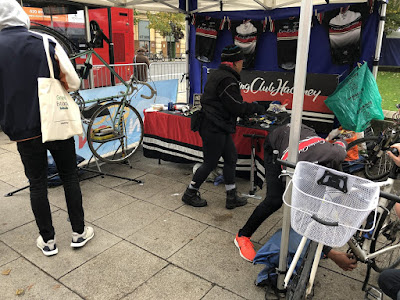 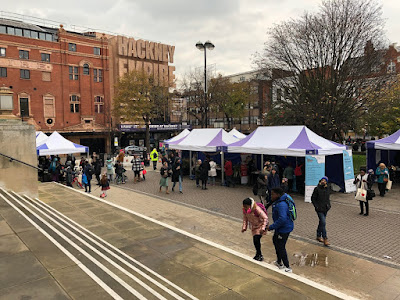 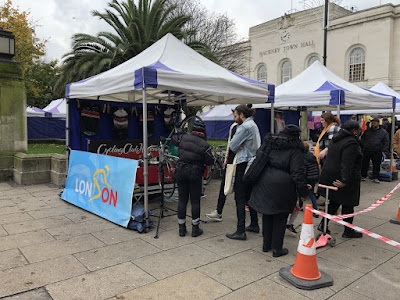 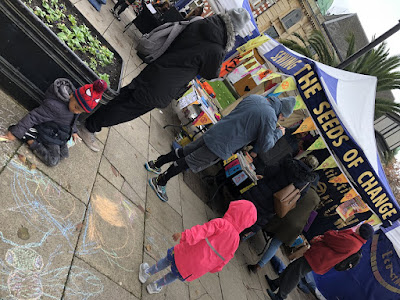 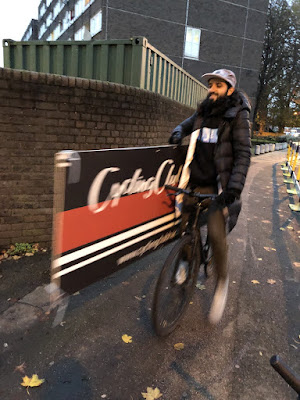 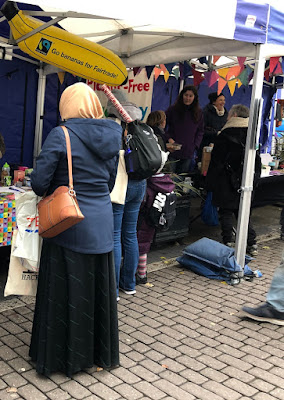 The next Youth Olympics are to be in Dakar 2022

A legit target and potential opportunity for some of our riders from around the world. 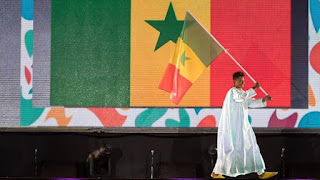 It was a lively visit to the Lea Valley Velodrome this week, we were there for day 2 of the London Six Day 2019. Everyone was in the house including a group from Kingsmead E9 and CC Hackney's training base there. We went to see the races of course, with champions like Mark Cavendish hitting the front but also a special guest who was in all the way from Nigeria’s capital Ubuja. 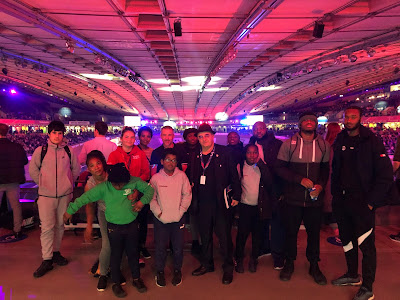 Make Cycle Sport Truly Global
Monday 23rd September - a delegation led by Keir Apperley from CC Hackney (CCH) held a meeting in Kings Cross with previous contact fellow William Newman. William is the track development officer of the African Cycling Confederation. From Cape Town South Africa, our man was in UK for the UCI World Cycling Championships in Harrogate Yorkshire.
Essentially we spoke about how CCH is continuing their enduring project to bring on change towards a more diverse and representative cycling scene here in East London - at least one equivalent to the local population's demographic. William encouraged CCH to keep up the good work and noted that he and his team are keen to help things along here, fast tracking when necessary, especially regarding contacting and liaising with the governance of other UCI world regions.
One of the key discussion points was the real prospect of forming an international training campus in Hackney to follow up on the work done by Nigeria's Jason Butler with Keir and more recently London/Ghana's Mani Arthur. *Dreaming of creating a vibrant training/development camp here in London, one in which riders of the world can prepare to represent their nation of heritage at elite level tournaments: Such as the Junior World Track Championships Cairo Egypt 2020, Youth Olympics Dakkar Senegal 2022, Commonwealth Games Birmingham England 2022 Glasgow World Championships 2023 and the senior Olympic Games.
By the end of our talk William had pledged to keep up his support for this progressive aspect and is looking forward towards positive outcomes on the way. For the record William's role here is purley a supporting one with no business position held at local level.I.E at Hackney's development campus.

“only those who dream will someday see their dreams become reality” 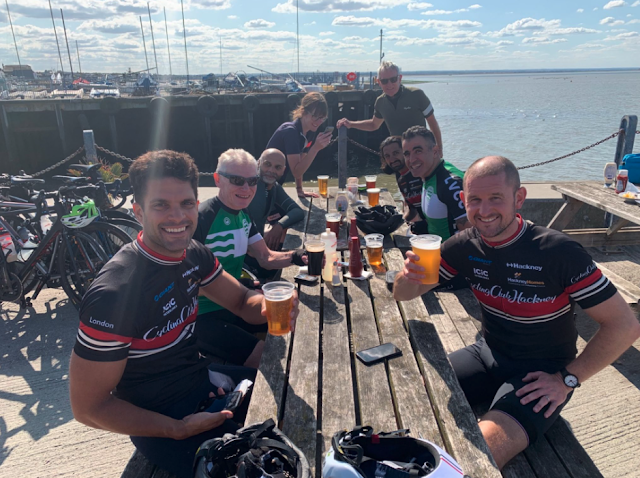 New supporter on side - the William Wates Memorial Trust

Cycling Club Hackney is proud to announce our latest funding supporter; the William Wates Memorial Trust. This is coming into effect from September 2019 with a three year agreement for the club to extend and continue developing its community outreach aspects. Fittingly the key fund raising activity for the Trust is an event called Le loop (or the Wates fund raisers Tour de France!) The Wates Group is a family owned construction company founded in 1897 that established the WWMT fund in 1998.
We are excited by the prospect of being in a better position to be more able to realise our shared aims of reaching the whole community; cycling and quality sporting opportunities for all in Hackney and East London. 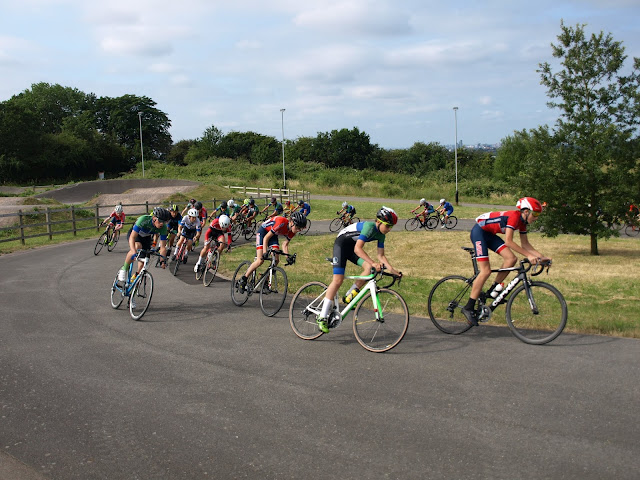 Last Saturday up at Redbridge Cycling Centre we held Primavera 4 featuring the finale of the East London Youth Circuit Series. ELYCS was a new initiative for tis season - a collaboration between Cycling Club Hackney and Lea Valley Youth CC that produced a league of ten races for Youth categories U16, U14 and U12s. Over two hundred and fifty riders took part across the series so you can imagine the finale rounds were eagerly anticipated.

The finale was in fact made up of two rounds as we held a rare thing for youth riders - a stage race.
Stage 1 in the morning saw the riders use the circuit in a clockwise direction using the alpine ascent until a few laps to go when the riders were switched to full clockwise lap making for a safer and longer sprint. The afternoon stages saw the riders tackle the Hoggenburg in the traditional anti-clockwise direction. No mean feat seeing as how each stage was 40 minutes for U14s/12s and an hour for the U16s - especially as the day got warmer.
In the U14 boys Luke Goodwill of Preston Park Youth won stage 1 in a close finish from Daniel Lloyd of VCL with Mark Lightfoot  of Welwyn Wheelers coming third. The u14 girls stage 1  saw Carys Lloyd of VCL edge out Lotty Dawson from Team Miltin Keynes followed by Bobbie O'Brien from LVYCC.
Stage 1 of the under12 boys was taken by Henry Hobbs from LVYCC over teammates Jasper Simpson with Ryan Jackson taking the third spot on the podium. The u12 girls saw clean sweep for LVYCC - Abigail Biggs was first followed by Anna Lloyd with Rebecca Gardiner coming third.

The U16s went off at furious pace as usual and kept it up for the whole hour of racing. Jake Crossley of LVYCC broke away to take the victory with team mate Noah Hobbs coming second and Nathan Hardy from Welwyn third.
The U16 girls first stage was a close battle between the a pair of riders and was won by Amber Brameld of VCL from Charlotte McGreevy of Liv Awol followed by Maya Teufel Tarlton of LVYCC in third. 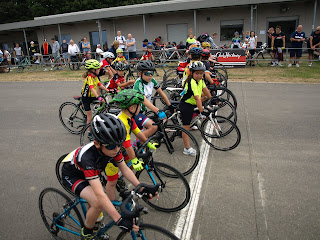 Between stages 1 and 2 we had support races from the U10 and u8 categories and a seniors 234 mens race. The young riders took on the top circuit including alpine ascent for twenty minutes. Emanuel Bujdei from Barking & Dagenham CC Barnaby Smith - Team Darenth William Butcher - Thanet RC
made up the U8 boys podium.


Harriet Butcher of Thanet RC and Cally Little of LVYCC were 1st and 2nd in the U8 girls.

Many more photos of the event can be found here  with more to come on the CCH website.
The senior men's race stayed together pretty much throughout until Colin Ward from Essex Roads broke away in the final two laps. Haben Gebrehiwet of CCHackney tried to catch him but had to settle for 2nd with Zak Buttle of Islington CC bringing home the rest for third.
The sun finally came out through the clouds for the afternoon stages as if things wren't hot enough.
Luke Goodwill made it 2 from 2 to take the overall for the day with Mark Lightfoot coming 2nd and Owen Prenelle third. The full overall podium being Luke Goodwill then Daniel Lloyd 2nd with Mark Lightfoot 3rd.
The u14 girls stage 2 went the same way as stage 1 with Carys Lloyd 1st Lotty Dawson 2nd and Bobbie O'Brien third meaning the overall was exactly the same as the stages.
In the U12 boys Henry Hobbs took the win again with Ryan Jackson 2nd and Aaron Harris of Bigfoot coming third. The overall result is Henry Hobbs 1st, Ryan Jackson 2nd and Finlay Woodliffe 3rd.
In the u12 girls Abigail Biggs won again with Ana Lloyd second and Rebecca Gardiner 3rd with the days overall matching.

The afternoon stage for the under 16s was raced at no less an unrelenting pace with many breaks being attempted then reeled back in -  it stayed together till the end when Euan Woodliffe of Welwyn out-sprinted Noah Hobbs and Jake Crossley for the win. The boys overall then went to Jake with Noah 2nd and William Smith of Verulam - reallymoving.com coming third after his 5th and 4th placings.
In the u16 girls Eleanor Bolton won from Amber Brameld and Charlotte Loise McGreevy however her def in the morning meant Amber won the overall followed by Charlotte with Maya placing third.

Full race results here.
So the final standings of the series are as below - 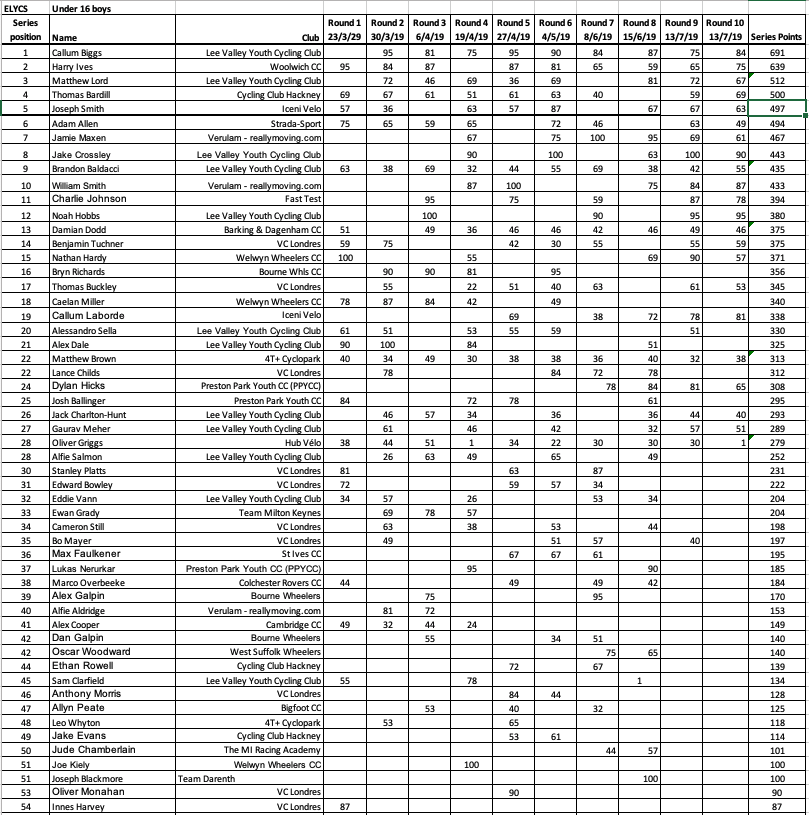 Last Saturday 29th June a productive collaboration at Lea Valley Velopark took place. It was a special BMX session that was delivered in partnership with Mark Brown of Bike Works (the organisers) Newham Council youth social services and CC Hackney's outreach section.  A good number of young people were able to access the excellent BMX facility and all got a lot from the experience who'd otherwise not get to do so.
This is seen as a marker and the fore runner of more extended and on going quality cycling provisions for hard to reach groups here. 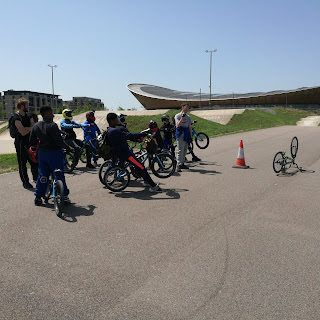 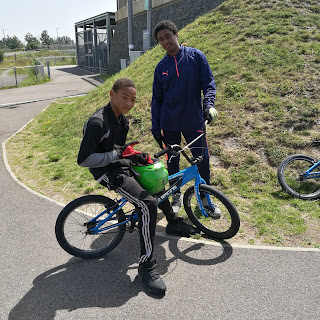 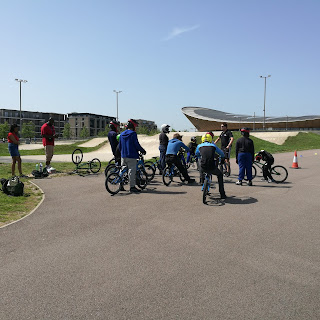 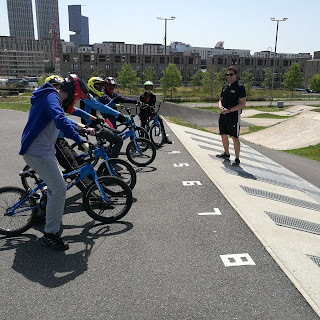 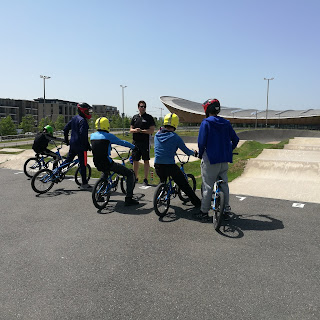 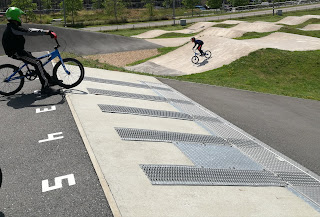