This November a CC Hackney link is planned to be personally established with Kampala Cycling Club...


"This small step is actually part of a new initiative that is hoped will lead on to a youth exchange project with the working title: CC Hackney and Kampala CC Youth Exchange 2010-2012.
The idea of this venture is for a combined Interlinkx CIC Youth Bike Maintenance Club and Cycling Club Hackney sports delegation to visit Kampala in 2011. There they will invite a team of Ugandan cycling enthusiasts back over to share in the 2012 London Olympic experience that will be happening in and around Hackney come 27 July-12 Aug (Olympic Games) and 29 Aug-9 Sept (Paralympic Games)

We're looking forward to more planning, cultivating relations, and fund raising to help make this possible for our partners in Uganda and our young cycling volunteers in Hackney.
The first phase of this activity is being supported by the Hackney Homes Staff Alpine Challenge Team, who will be helping during a reconnaissance and fact finding trip this November."
Taken from Interlinkx CIC's web page.
Other links:
Tour de Uganda - Facebook.
UCA - Uganda Cycling Association
Posted by Keir at 22:57 No comments:

Rhys Howells, Alex Peters, David Moreno and I set off on a bright and fresh day bound for Hertford town via Epping Green, Roydon and Much Hadham where we turned left and onto some fine Hertfordshire lanes. After arching round in a crosswind here, a tailwind assisted us into Hertford town for our coffee stop and a bout of bonhomie.
We did some reasonable chases along the lanes for this time of year, keeping our tickers tip-top and trouble free. The total distance was about 100klm, it was a good route and for a change, done without any punctures.
Club runs meet at the Lea Valley Ice Centre at 10am on Sunday mornings. 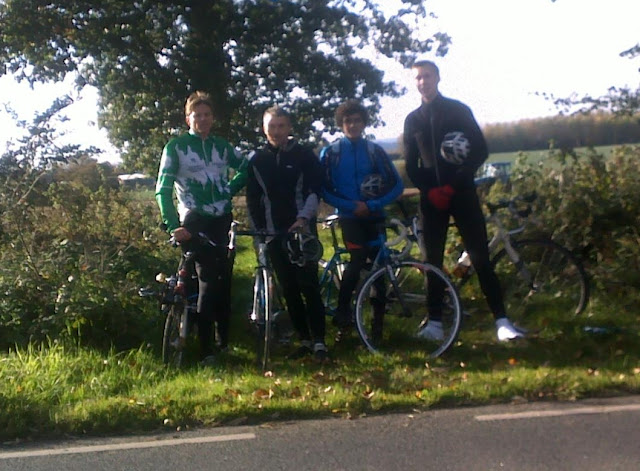 Soft shell jacket battle info for the train spotters:
L-R David models his Condor sale price Dutch club jacket £5, Keir sports his Lidl wear costing £12.99, Alex dons his £50 Wiggle job and Rhys proudly shows off an Assos delight at £300 - he got his for £125 in a sale which must feel better...I still think he got done though!
Ride info provided by Garmin and all the gear and every idea Rhys Howells. 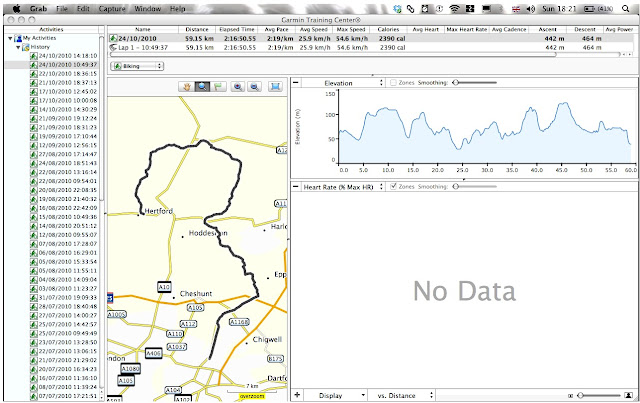 Announcing that the 2010 CCH Annual General Meeting will be held on Wednesday 10th November, from 7.15 onwards at 1, Olympus Square, Nightingale Estate, London, E5 8PL. Full agenda to follow.
Posted by Keir at 20:14 1 comment: 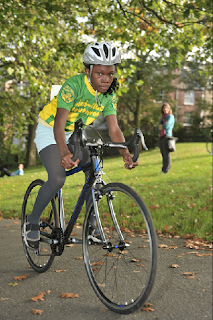 A young rider from Southwold Primary School - photo - James Perrin
Cycling Club Hackney is leading in the development of cycle sport in the borough's schools. As part of a league of monthly cycling events three Hackney primary schools took part in a Hill Climb Time Trial event on the 8th of October at Springfield Park. The young riders from Gayhurst, Kingsmead and Southwold tackled the gradient twice with each rider setting of on the minute. The event ran like clockwork thanks to
the organisation of Kate Searle, Marcus Ahmed and Gary Boyd from Southwold and was enthusiastically supported by spectators and CCH riders Clem and Tao checking out the future talent. CCH riders taking part included Bede, Logan, Frank and new recruit Amelia. 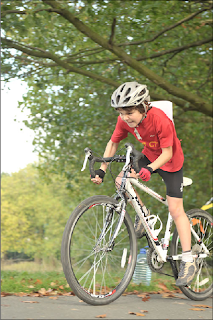 Logan on his way to the fastest time of the day 24.3 secs' - photo - James Perrin
The schools programme is rapidly expanding as another two schools have expressed an interest in taking part in the next event. The events are supported by cycle training and clubs within the schools, which will hopefully attract keen young riders into the sport and to becoming members of CCH. Three talented young riders were brought into the club this way last term - Jessie, Shiva and Noah. 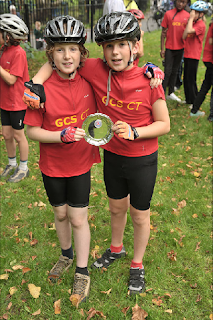 Bede and Frank show off the Shield they won in the summer as part of Gayhurst Community School Cycling Team in the British Schools Cycling Association circuit race - the shield was for best all rounders nationally and regionally at under 10s level - photo - James Perrin
CCH is working together with the schools involved, the Learning Trust and the education authorities from the Olympic boroughs to develop the programme into an inter borough competition. Watch this space... 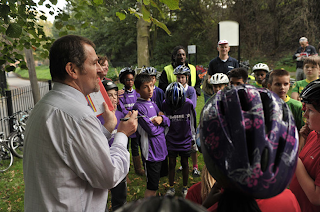 The riders from Kingsmead, Southwold and Gayhurst Schools get their times from Gary Boyd
- photo - James Perrin see more images at http://www.jamesperrin.com/Springfieldhillclimb/
Posted by Neil at 09:03 No comments:

Ace young CCH rider, Tao Geoghegan-Hart has just secured a coveted place on British Cycling's Talent Team. Competition to get on the Talent Team is high and our lad Tao, who is has been watched all season by BC scouts, did the business recently once again over at the Newport velodrome TT trials. 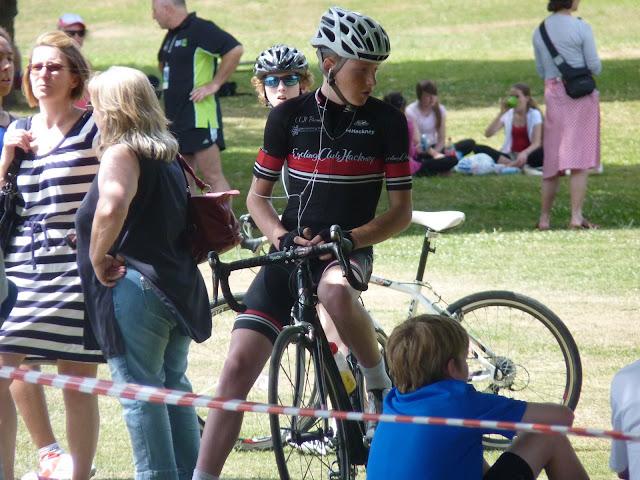 http://taogeogheganhart.blogspot.com/
"The Talent Team coaches know exactly what the coaches in the older age group (Olympic Development Program, Olympic Academy Program) are looking for from a young rider and are well placed to assist a rider in gaining the skills & fitness required to compete for a place in the next step towards the Olympic podium.
TT riders are identified by scouts at regional and national competition, and via referral through our excellent Go-Ride clubs and qualified club coaches."

Good luck Tao whilst on duty with the BC Talent Team in 2011 and may the force be with you! 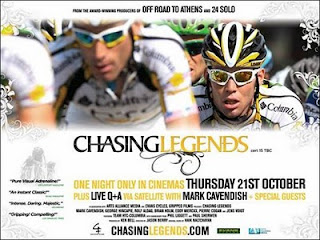 This is the first true HD film about the Tour de France and takes viewers on an intense and personal journey through the most arduous bike race on the planet, following the stellar 2009 HTC Team Columbia from the Monaco Prologue into The Pyrenees, via The Alps and finally, into Paris. Narrated by Phil Liggett and featuring a cast of the sport's most venerated heroes, from Eddy Merckx to Lance Armstrong, Chasing Legends grabs the audience & doesn't let go for 94 minutes.
There is no greater sporting event in all of Cycling than the Tour de France. Chasing Legends delves into the rich history, passion and true grit of The Tour as seen through the eyes of Team HTC Columbia and protagonist-sprinter Mark Cavendish.
With a stunning array of HD cameras, poignant and touching interviews, ‘Chasing Legends’ takes the viewer inside the pro peloton on a roller coaster ride of action, history and emotion. The movie tracks the humble but no-less heroic origins of ‘Le Tour’, from the inaugural 1903 event to what has become the modern-day epic, turning HTC Team Columbia ‘inside out’ during the 2009 Tour and showing the highs, lows, triumphs and tragedies of those that make it through three long weeks of blood, sweat and tears to the fanfare and glory that awaits on the Champs Elysees.
Live Q&A with Mark Cavendish, the legendary Phil Liggett and film director, Jason Berry (+ more to be announced) to be beamed via satellite from London’s O2 Cineworld after the film to all cinemas.
To watch the trailer go to: http://www.youtube.com/user/grippedfilms#p/u/1/AuCFMCMMp2U
SHOWING AT CINEMAS ON THURSDAY 21ST OCTOBER 2010
http://www.chasinglegends.com/film_tour/
TICKETS ON SALE W/C 4TH OCTOBER 2010
Posted by Keir at 00:11 No comments: 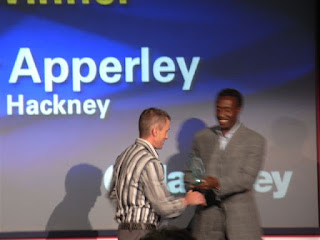 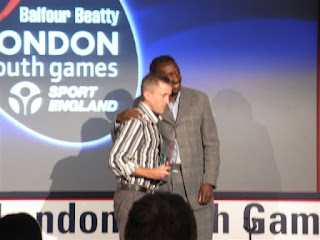 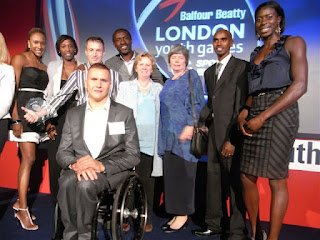 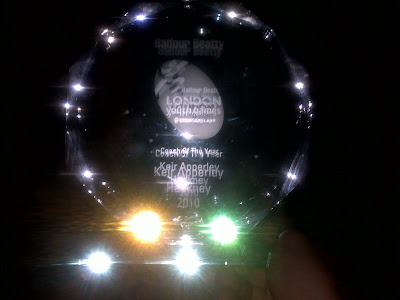 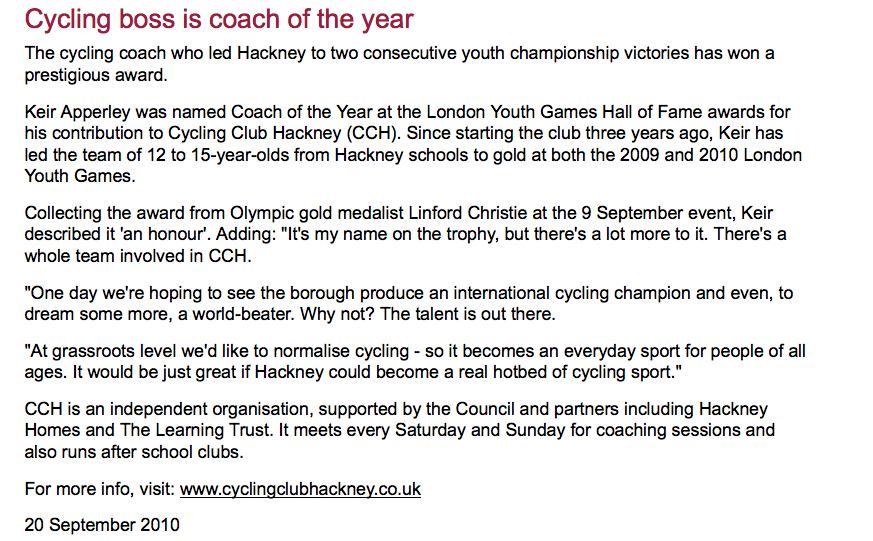 For more information on this go here.