Alex rounded off his season with a win in the final round of the National Mountain Bike XC Series at Plymouth on Saturday. This was his second National win of the year, a stunning result considering this was only the second year owning a mountain bike and the first season of racing, Alex only went along to the first National series race because he was staying nearby and it seemed like fun.

Despite missing the 4th round to ride for Hackney in the London Youth Games Alex still finished 2nd in the series of 5 races. He also won the last 2 rounds he entered (rounds 3 and 5) which shows how he continues to improve. Next year could be interesting.

The next day Alex took on the Newnham 60 enduro across Dartmoor - 500 riders took to the start line - it's not a race it's just that lots of riders want to cross the line first! After the first 30km lap of ferocious climbs, stunning scenery, thick mud and streams Alex was in second place but he learnt how important it is to keep taking food and fluids because he suffered on the last lap, only just completing the 60km inside the top ten - still a great performance.

Gary Lingard was also racing for CCH and won the sprint for an impressive sixth place in the Vets category against top quality opposition. Congratulations to Gary.

Posted by Anonymous at 23:26 No comments:

CCH women's rides on the first and third sundays of the month. 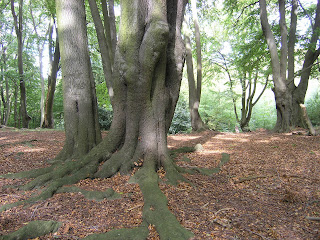 Double Olympic road racing cyclist, former Congolaise national champion, Hackney resident and Camden Council employee, Christian Golomingi has come out of cycling retirement and joined Cycling Club Hackney. He aims to take up training and racing again for fitness and fun with an added goal to inspire more young people in the area to take up cycle sport.
The pictures show Christian in the act of winning numerous races mostly in Kinshasa back in the day. Also you can see him in good company with the French champions Jeannie Longo and Bernard Hinault.
Other images are taken from the Barcelona Olympic village in 1992 and at the start of the Seoul Olympics September 1998. The interview below was conducted in front of Hackney's town hall on Thursday 23rd September 2010. 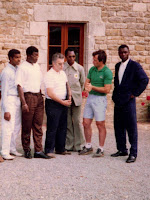 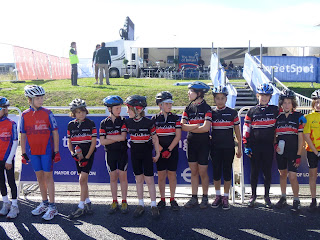 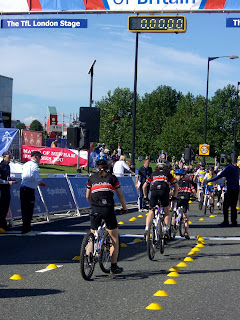 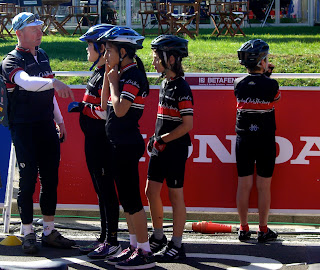 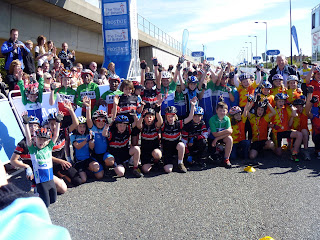 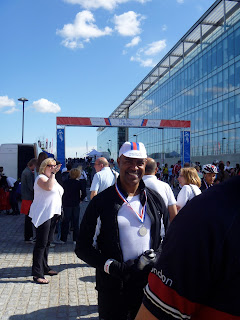 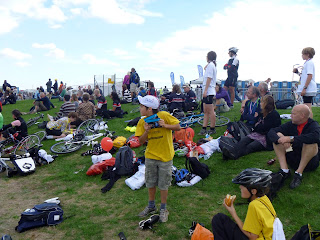 CCH spread wide and far over Newnham.
Posted by Neil at 22:14 No comments:

Prostate UK Slow Cycle bike race. London cyclists invited to join race for last place. London, UK, 17 August 2010 - On Sunday 26 September, Prostate UK, in tandem with Hackney Borough Council, are holding the first Slow Cycle charity bike ride in London Fields. The principle of the Slow Cycle is simple: he who loses, wins. The winner of the Slow Cycle is the person who crosses the finish line last, proving definitively that slow and steady really does win the race.Participants are set to enjoy an event that requires a slightly lower gear than usually experienced by London cyclists while raising money for the fight against prostate disease.Jack Bacon, Regional Fundraising Manager at Prostate UK said: 'We anticipate a large number of London's cyclists of all abilities will be out in force to show off their poise, skill and style. In a city where over half a million cycle journeys are made every day, one in two of the men sitting in the saddle, waiting at the traffic lights or shooting down the new superhighways will be affected by prostate disease in their lifetime.' Registration for the Slow Cycle is £10 and participants can try as many times as they like to travel 10 metres along a set course as slowly as possible without putting their foot down, leaving their lane or stopping completely. The rider with the slowest time of the day wins £100 of cycling vouchers and the adoration of their bicycling brethren.The Slow Cycle will start at 12 noon, bring your own bike along to compete or use one provided. There will be free bike health checks, food and drink, a free kids' race (starting at 11am for under 12s) and a pannier-load of bike and prostate related information. London Fields is in the heart of the East London cycling scene and is a perfect location for all the family to come along, join in or simply cheer along all the riders inching to victory in aid of Prostate UK.
To register for the Slow Cycle, please visit http://www.prostateuk.org/ or phone 020 8394 7965.

Dear Keir,
I have attached our Slow Cycle logo and Press Release with more information for you to look at. Thank you very much for your time and if you have any questions regarding this event, please do not hesitate to contact me.
Kind regards
Ben Roche
Prostate UK, Slow Cycle
Prostate UK, 6 Crescent Stables, 139 Upper Richmond Road, London SW15 2TN
Registered Charity No: 1037063
© Prostate UK - the working name of Prostate Research Campaign UK 2008
Posted by Keir at 21:12 No comments: