No HASVC session for 2nd November. 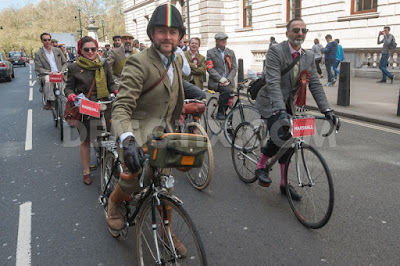 Sport Relief are looking for cyclists

Sport Relief are looking for cyclists, runners and swimmers of all abilities to model for a photo shoot for Sport Relief '16. Shots are likely to be used in the ad campaign in the run up to Sport Relief. If any cyclists would like to come along, please email me, Francine Holdgate: f.holdgate@comicrelief.com with a picture of yourself (just something showing your face) and I'll give you precise details. It's in half term and kids will need someone to sign a consent form for them on the day / in advance... Travel expenses will be covered. If you know of anyone else who might be interested, spread the word on social media! Ideally we would love for people to stay for the entire shoot. If they can only come along for a smaller amount of time, the poster enclosed details timing options. Would it be possible to put this poster up on your website and any social media sites? Please contact Francine Holdgate with any questions.. f.holdgate@comicrelief.com It would be wonderful if you were able to spread the message and the poster among your friends and family. It promises to be a fun and exciting day! If you could send in a picture of your daughter that’d be great. Best Francine Francine Holdgate Comic Relief Tel: 020 7820 2673 E-mail: f.holdgate@comicrelief.com Address: First Floor | 89 Albert Embankment | London | SE1 7TP The Sainsbury’s Sport Relief Games are back on Friday 18th - Sunday 20th March 2016. Register your interest now at www.sportrelief.com
Posted by Keir at 11:15 1 comment:

The annual CCH Youth Springfield Hill Climb was held today with 44 riders from the Concorde and nightingale groups turning up to do battle with the hill which tops out at over 20% gradient over the course of 200m. In other words its short but it is brutal.

The riders were set of a minute apart with the youngest age group going first - many of them tackling the hill for the first time. Milo set the fastest under 8 time following on from his recent win in the YHPSCL hill climb at the same venue. Well done to newcomer Blessed who won the girls under 8s.


The under 10s category was very close with less than three seconds covering the top five riders with Anoushka coming out on top followed closely by Nashane.


The under 14s were really flying up the hill with two riders beating the course record of 21.9 seconds set two years ago by Aminur. Kai came in at 21.1 and Sam smashed it with a 20.3. Olivia was fastest girl at 29.


The under 16s were few in number but blink and you missed them - although someone told me they stopped half way up to chat with the squirrels - Jessie set the fastest girls time of the day and female course record of 25.7 seconds. Elliot hit the same mark as the old course record and Logan put it to bed with a blistering 18.3 seconds - setting a new mark for every one to aim at next year.


Well done to all and thanks to all our volunteers for helping out.
Posted by Neil at 17:27 No comments:

No HASVC session for 19th October

No HASVC session for 19th October.

Next Monday there will be the first London Six Day professional cycle race going on - and this is why we have no session for 19th October. Tickets are available for this event - groups are HASVC riders will be heading to see this...nothing can keep HASVC away from their track!
Reminder - Date/s of hire:
Sept 8th, 11th, 22nd, 29th (Tuesdays)
Oct 5th, 12th ***** 26th (Mondays)
Nov 9th, 16th, 23rd, 30th (Mondays)
Dec 7th, 21st (Mondays) http://hasvc.blogspot.co.uk/…/hasvc-is-back-on-track-after-…