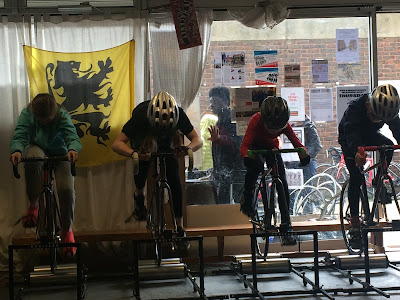 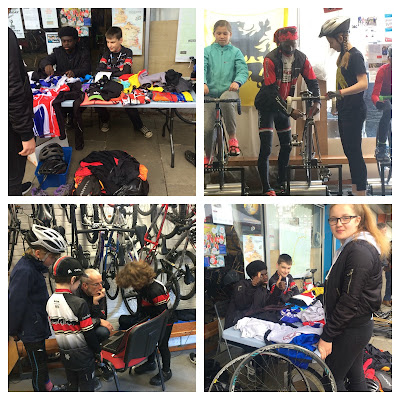 CCH sponsored HASVC news - 'Use it or loose it...' 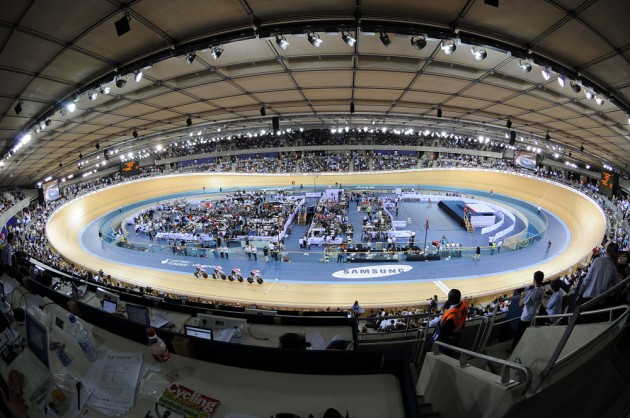 Calling all existing and would be young track riders of Hackney: Maintaining and keeping these sessions running is dependent on enough riders attending to cover the venue and block cycle hire costs. The coaches are volunteering, their fees waived for the cause.

Over the last two weeks there has been a significant drop off in numbers, where the shortfall is being shouldered by CC Hackney.

Hard facts leading to this appeal for your one and only after school track club session:


Use it or loose it!

£5.00 for a Condor track bike and an hour of qualified CCH track training at the Lee Valley Velodrome, when or where or else will anyone find such a good offer? 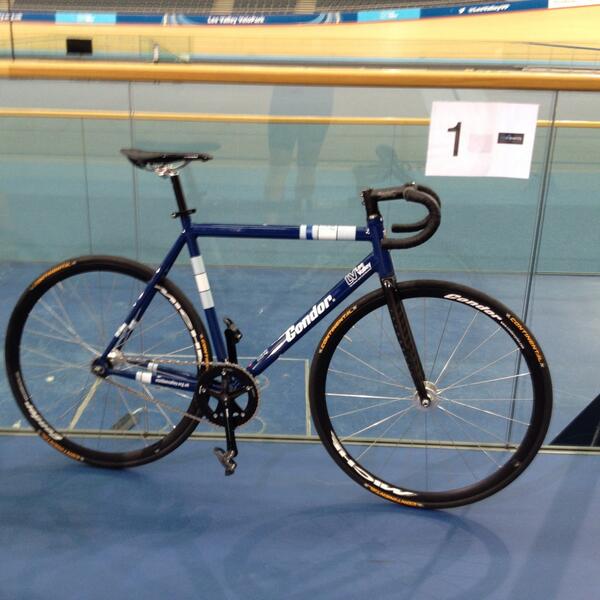 The final event of this season's Primavera Circuit races took place yesterday 7th May 2016 at the Lea Valley Velopark circuit in glorious conditions for racing. The early start seemed to have caught many riders out but after a slight delay the races were under way with the youth DE first off for 4 laps.


The smaller fields for the D and E categories this year may reflect the new rule changes for Under 12s or maybe the sun pulled them in another direction - those that did race gave it their all with wins for Mia Rutherford  in the girls D for Iceni Velo, Henry Hobbs of Barking and Dagenham CC won the boys D and James Warrilow also Barking and Dagenham CC winning the boys E. Full results here.
Photos here.

This week the A and B races were run at the same time under strict orders not to come together. At one point the leading under 14 rider- Aran Martin broke off the front of his bunch and caught then passed the under 16s before they decided to put power down and force the race. In the end he took a well deserved win over the 45 minute race. A close sprint for the A boys went the way of Liam Hanks and Charlotte Mcgreevy won the B girls and Connie Hayes won the A's.
B GIRLS
1 Charlotte McGreevy WXC World Racing2 Melissa Warrilow Barking & Dagenham CC3 Ella Baker 4T+ Velo Club4 Charlie Dash Cycling Club Hackney B BOYS1 Aran Martin Team Corley Cycles 2 Ewan McNicol Cycling Club Hackney 3 Rijwan Hameed Hillingdon Slipstreakers
A GIRLS

The 4th cat race was popular as usual with nearly seventy riders on the start line. The racing looked pretty fast in the heat and all was going well until the final lap when a pedal strike at the front of the bunch resulted in a pile up at the top of the hill next to the velodrome - just as everyone was cranking up their sprint efforts. Around ten riders came down with one rider looking at a broken collar bone - we wish a speedy recovery to them all. Those who missed the crash went on to the sprint with Rory McCarron from regents Park Rulers taking the win. Top ten -
1 Rory McCarron Regents Park Rouleurs
2 Ed Lochee-Bayne Brixton Cycles Club
3 Liam Nicol E20 CC
4 Stephen Shawmarsh-Smith  Brixton Cycles Club
5 Adam Gould Colchester Rovers
6 Edgaras Spiridonov London Dynamo
7 Nicholas Elson Woolwich CC
8 Leon Parks Handsling Racing
9 Diego Reyes-Ortiz Camacho Evans Cycles Race Team
10 Nicholas Palmer Rapha CC
Full results here.
Photos here.

There was a smaller field for the women's and senior men's race this week - I'm guessing that the higher category riders  don't like mornings? Abi Van Twist and Alicia Speake broke away from the others with Elizabeth Hughes winning the sprint for third from Sarah Knight.


The men's 1 2 3 race was fast paced but mainly stayed together as bunch eventually Barnabas Purbrook - London Dynamo and Arlen Vartazarian - Regents Park Rouleurs broke away and stayed away for half the race with Purbrook ending out a 20 second gap on Vartazarian in the end to come first.Meanwhile another last lap crash occurred in the following bunch as they went up the hill next to the velodrome. The tightness of the circuit calls for riders to stay fully concentrated the whole time - similar in the way riders need to stay switched on inside the velodrome - however that's easier said than done when jockeying for position in a sprint finish. here's hoping for a speedy recovery to the riders who sustained injuries in this race.

Circuit racing is fast, exciting and can be dangerous but over the three Primavera events the racing was in the main of a safe and good standard and we'd like to thank all the riders who took part and for all your fantastic feed back and we hope to see you again at our next one there on the 10th of September. Thanks also to all the CCH volunteers and helpers without whom the events could not take place.