Get well soon Alex from all at CC Hackney 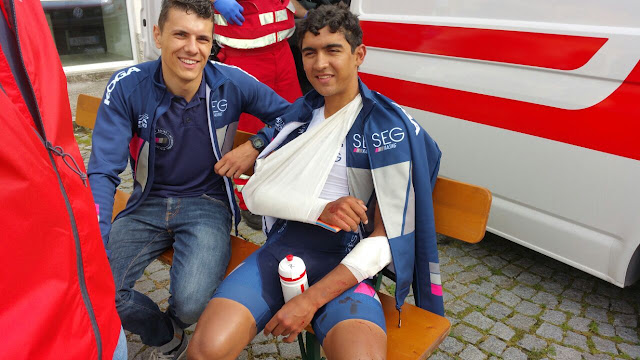 Earlier today Alex underwent surgery in the Netherlands (the home of SEG Racing) after he was involved in a big crash at the end of stage 2 of the #Oberosterreich Rundfahrt race in Austria last Friday. I'm told the operation to pin his right collar bone went well and that soon he will begin static training while he recovers back home in Hackney.
Alex will now miss the National RR Championships next weekend and also the Giro Aosta Valley Mont Blanc (14-19th July) but he will return to racing late on in July.

Never mind that's racing as they say. On the other hand there will be very positive and exciting news regarding our lad before he rides again - watch this space - extra! extra!

Of course all at CC Hackney wish Alex a speedy return to what he does best; riding a bike to anywhere fast:)

Bad luck for Alex Peters in #Oberosterreich Rundfahrt. He is out of the race with a broken collarbone. He was involved in the massive crash in stage 2. Last night he underwent research in the local hospital. Surgery will take place in Sportmáx Sportmedisch Centrum - Performance Centre as soon as possible.

We will get back soon on his recovery. He will be back in July! 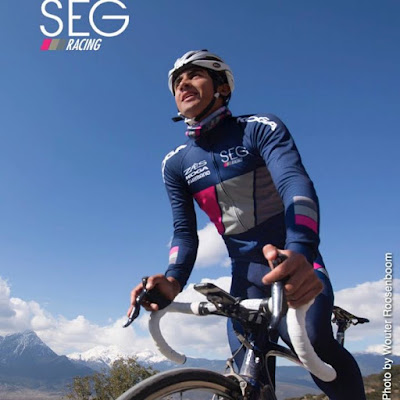 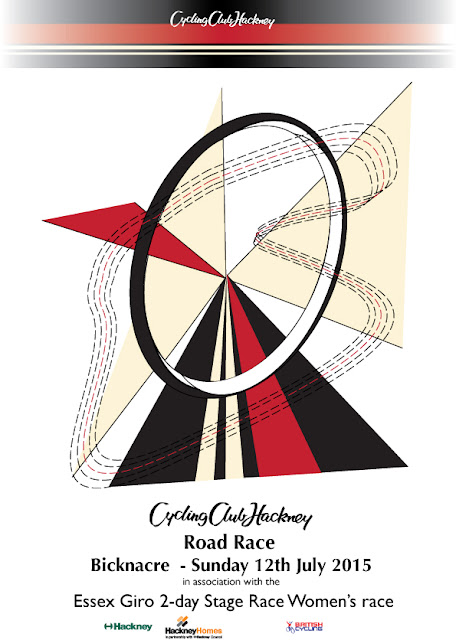 Helpers are urgently needed to fill all the roles for the CCH road race 2015 on Sunday 12th July.
As it stands we do not yet have the full quota of Accredited Marshals from BC without whom we will have to cancel the race. However we have until next monday for them to come forward - it'd be even more embarrassing if they do and we have to cancel because our club members haven't come forward to help. So please have a look at the list of jobs below to be filled and let me know  asap - if your name is there and you can't do it let me know asap. Neil - 07751495853 neil@cyclingclubhackney.co.uk

'How the Race was Won" CCH 1,2 at Hog Hill on Tuesday Night

CCH riders Jess Feeney-Davies & Connie Hayes were in action on Tuesday night at LVYCC midweek race,  getting first and second in their U16 race - congratulations. Here's the story in Jess' own words

We turned up, me and Connie, surrounded by the blues greens and blacks of Lea Valley and the odd Welwyn and Barking and Dagenham. We were definitely outnumbered but even more determined! As we lined up on the start line and they told us it was an HOUR RACE! Thats almost 16 climbs of the hill! No thanks I thought! We started, stayed together as a group of 5 U16 girls, looked like it was going to have to be all of us cross the line at the same time , we were so evenly matched! Then one time up the hill me & Connie pushed ourselves and lost them, it was going to be just us now to face the wind and the finish! 2 laps to go and it was neck and neck then last lap we decided to race it out, the hill spilt us but we got 1st and 2nd on Lea Valleys very own circuit!
Posted by Unknown at 08:57 1 comment:

CCH are out there battling away on several fronts. Recent notable results posted below - if you are out there racing whatever the discipline - please tell us so we can include your results here.

Keir Apperley finished 5th in the National Masters Road Race at the weekend - he was in a break and felt good for the win - unfortunately he was manoeuvred into leading the group into the sprint and they got around him before the line. Not a bad showing considering its only his second road race of the season though you'll agree.

Congratulations to Nigel Field who came 2nd in the CC London road race on Sunday, and Denny Cooper who placed 8th. Four CC Hackney riders took part, with Chris Hezelgrave and James Burgess coming in just outside the top ten, finishing in a bunch sprint in fairly miserable conditions.
The race unfolded over six laps of a circuit from Thaxted, Essex, in wet conditions. A crash half way round split the field, but Denny chased back on after being caught up behind the crash. The pace settled down with two laps to go, and the eventual winner - Jack Hardwicke from Ipswich Bicycle Club - got away from the bunch with relative ease. The slower pace and rolling course meant the rest of the field lined up for a sprint finish. Nigel had an excellent position coming into the final straight, opening up his sprint from 3rd wheel and beating the bunch for second place. Denny, Chris and James managed to avoid two other crashes in the last 200m as some riders jostled for position with parked cars.
A good showing for Hackney, and Nigel is well on his way to Cat 2 this season!

At Hoghill last night Jess Feeney Davies and Connie Hayes put on a really good show for the club in Lea Valley's race, they beat massed ranks of LV in front of a fairly partisan crowd to get 1st and 2nd in an hour long race . Rode really well together and got tactics spot on.

SO if you are out there doing it let us know through usual channels write a small report and include photos too if you get some.