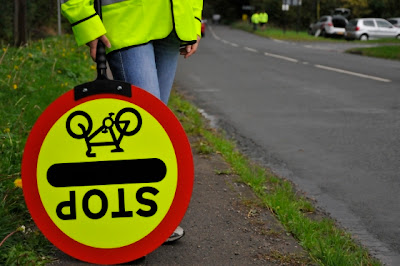 There are still places available for the Eastern Regions Accredited Marshal’s Course on the 13th April (probably in Chelmsford).  As a club we need to provide Marshals to enable our riders to participate in the races that form part of the Eastern Road Race League. British Cycling pay you the minimum wage for 2hrs and the organising club often cover travel expenses and give you lunch – and you get to see local racing!

If you feel you could commit to a few Sunday mornings (or the odd Saturday) please email me  here  and I will pass your details on.
Posted by Unknown at 09:47 No comments: 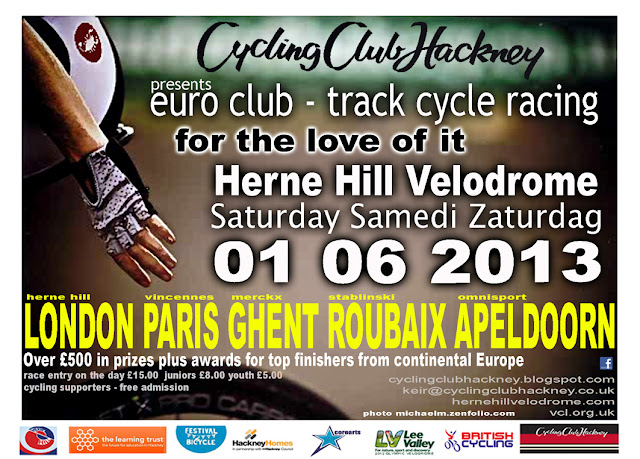 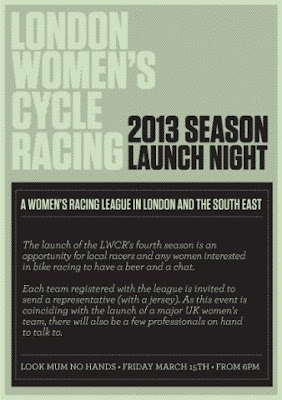 Ten CCH riders, between them, totalled just over 100 rides during the 2012/13 Cross season. Concentrating mainly on the Emly Cycles Eastern Cross League, also riding the Mosquito London X League, Central League, Welsh League and the Vlaasme Cup in Belgium. CCH were also represented at both the Regional and National Cross Championships. 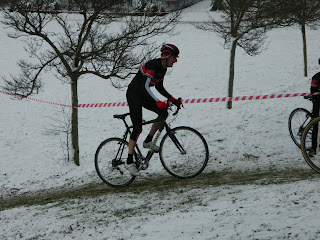 CCH ended the season with podium finishes in the Eastern League (3rd Andy O’Regan Vets 50+) and London League (Andy 2nd and Harry Moore 3rd). CCH were came 2nd overall in the Eastern Cross Team Championships and the Vets 45+ team 3rd. Throughout the season all riders showed improving results and can be proud of their achievements. Hopefully all the results in the various leagues and races are captured below: 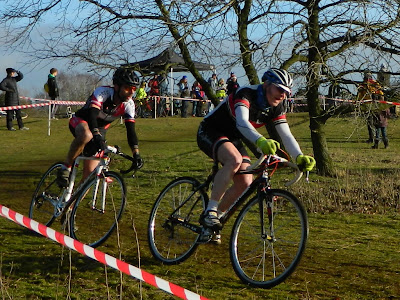 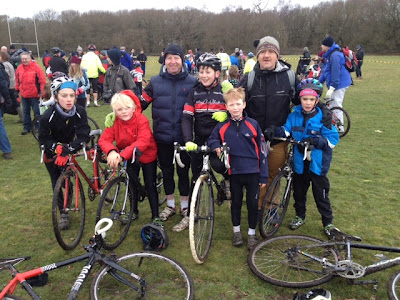 Couple of CCH Riders get a taste of Cross in its Homeland! 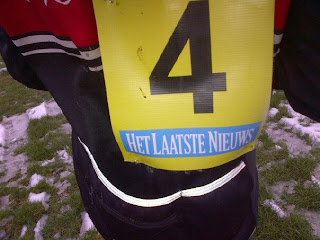 The last week of January and thirteen CCH members were on their way to Belgium. Original it was hoped that all the U14s would get to ride in a Belgium cross race, however at the last moment it became clear that the event was for fourteen and over only (Flemish is not an easy language!). Everyone decided still to make the trip so after the Saturday Club we all headed for the channel. 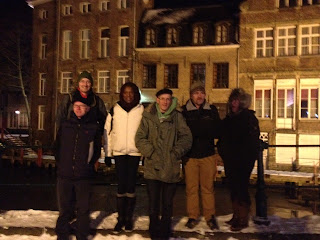 Belgium was covered in snow and it looked like during the day there had been a fresh fall. Once we had settled in our hotel (not one we will be returning to!) based on a good steer we headed off into Ghent to have a meal and a wander around a small part of this historic town which looked a picture with a covering of snow and frozen canals .
Race day arrived and the rain came! We all set off early for the course which was in Assende about 20 minutes out of Ghent.  Once we had parked up it was decided that the weather was so bad that those not riding would go off to the coast where Gary know of some great coastal paths they could go to and by the time they had arrived had something to eat they were greeted by glorious sunshine for their ride.
Andy being unwell decided not to ride so in the end Ned and Harry paid their €5 entry fee and tried to warm up. Cyclo-Cross in Belgium is “ Veldrijden “ -  Field Races and the Assende race certainly lived up to this name.  The start was on the closed main road through the village (not something you usually get in races in the UK) a sharp left took you into the fields, which still had stubble from sweet corn,  you crossed ditches, rode down rutted farm tracks, thro’ a farm yard (which had some hill made from I’m not sure what!), some of the deepest puddles hiding large pieces of ice!
Harry was first off in the Vets 50+ race which had a small but fiercely competitive field. Harry managed to hang on for the first lap and half but a couple of errors leading to some heavy falls left him trailing by the end, but he did finish (18th last rider to finish but some didn’t) the ducking he got from the tumble into the freezing puddle that covered him completed didn’t dampened the thrill of taking part. 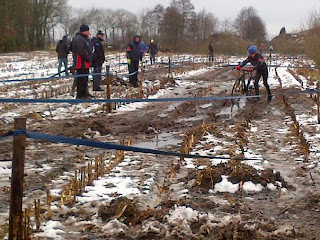 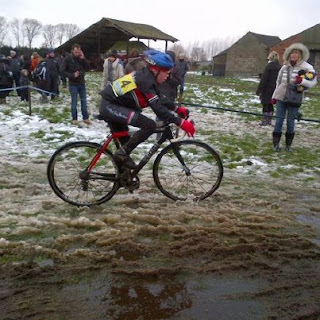 Ned’s race started at a frantic pace and he showed great bike handling skills to avoid a nasty crash in the first 50M. Once the race had settled down Ned was battling it out with one other rider who in the end pulled out. Ned, looked to us to have, got 24th (again last to finish but again some didn’t manage that).   The whole atmosphere of the event was certainly different to most of the UK races we have taken part in – more like a Regional or National event what with the Tannoy, food, and of cause beer tent!.
As a first go at Cross racing in Belgium it was a good start, we now know what expect and what to look for so the younger riders get to race. We will be there again next year!

The website for the Vlaasme Cyclo Cross Cup cabe found here
Posted by Unknown at 16:02 No comments: