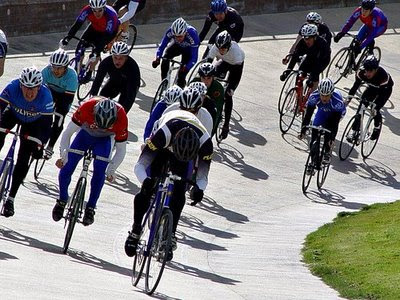 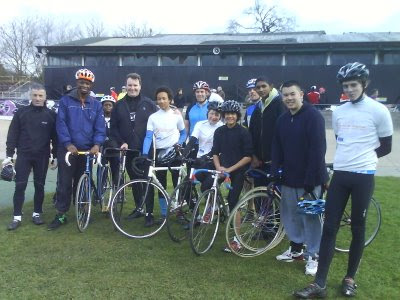 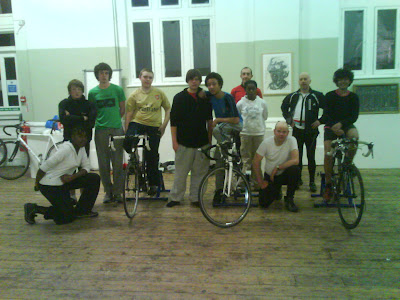 The new turbo trainers supplied by RBS were put to good use last Wednesday evening; we ran a competition where contestants were tested for distance covered on one of the trainers (fitted with a cycle computer) over a time of five minutes. The idea is to record performances of individual riders so that fitness levels can be gaged and progress measured.

During the next turbo training session time will be made to include adult members in the tests. 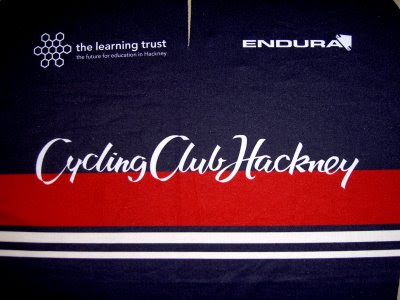 Short leave shirts, bib shorts and long sleeve track tops are due to be delivered to Hackney in around four weeks time. Clothing will be made available at the club night sessions on Wednesday evenings at the Barnabas Centre (6.30pm-8.30pm) 109 Homerton High Street London E9 6DJ or by appointment. map

The makers are Endura who produce high quality garments that are comfortable and made to last.
Posted by Keir at 23:02 No comments: 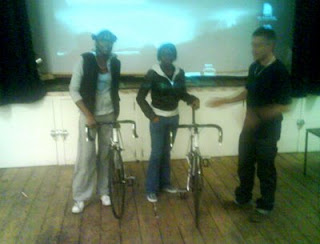 The screening of 'The Road To Roubaix'. at the end of January was well attended by members and guests. After a chance to socialise and take refreshments a presentation took place; this was the delivery of two racing cycles supplied by one of our sponsors (MPA) to two of our young members; Rowena Gordon & Adebisi Alakan. Then the lights came down. A short home made film came on before the main feature. The majority enjoyed this although I gathered by the end, that one or two found the content of the 'Roubaix' film a bit specialist for the full 70mins! We'd like to hold another evening at the Barnebas Cinema at some point. Title suggestions are welcome and if there are any film makers who'd like to show their own work please let us know. We'll be putting together a short club show-reel to check at the next session. The International Bicycle Film Festival are especially keen to receive new British material to list and put to screen.
Posted by Keir at 20:22 No comments: