24th March - CC Hackney is set to start delivery of a new day time club and group session that is designed to work for and with residents who may be feeling isolated and out of sorts. This project is in partnership with and supported by NHS East London Foundation Trust. These pilot sessions are to be based at our Concorde Centre station on Kingsmead housing estate .

Saturday 29th February is the date for the first CCH Sael Safari to the Thames Estuary via the Woolwich Ferry and along the Thames Path, heading east on the south bank. Coaches Patrick Field (route planner and guide) Jevon Taylor and organiser Keir Apperley will be taking the assembled group to the Thames by bike of course. Hopefully it will not be stormy weather and clear enough to see what we're looking for...there's a 50% chance! 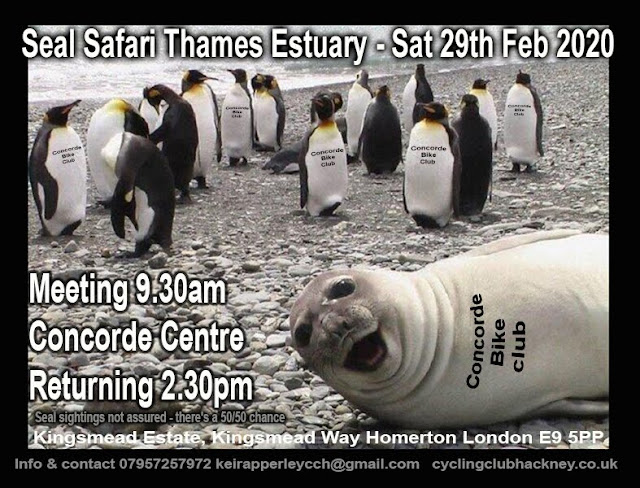 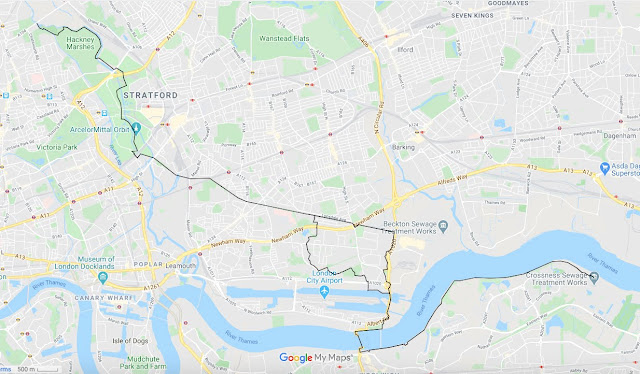 The 2019-20 cyclocross season closed last weekend with all the final races being cancelled due to storm Ciara blowing away the trees and topsoil. This was probably apt as this season will be remembered as one of proper cross conditions. The last few seasons have seen drier and drier conditions meaning some newer riders to cross had never had to clean their bikes.  Way back in September the season started in hot and dry conditions making for super fast races and it looked like the global warming trend for dusty courses was continuing -but come October come the rain and come the mud - proper cross courses were back.

Now I know a lot of cyclists don't understand the attraction of getting wet, cold and muddy looping round and round a field in Essex for an hour - but that's because they haven't tried it.
Cyclocross is the most friendly, most accessible entry into the world of cycle sport - and currently becoming the most popular cycling discipline in this country thanks to the exploits of the likes of Tom Pidcock, Evie Richards and Anna Kay at international level to name just a few of the riders from these shores taking it to the Belgians and Dutch. And speaking of Belgian and Dutch riders anyone still wondering what use cyclocross is to them on the road need only look at Wout Van Aert and the unstoppable Matthieu Van Der Poel. So all I can say is if you missed this season get some knobblies come summer and get ready for 2020 -21.


CCHackney has ben represented well this past season in the Eastern Cyclocross League as well some showings in the London and South east league and further afield in the National Trophy series.
In the ECL Charlie Dash finished in fifth place in the Junior women's standings, Tom Bardill also finished fifth in the youth  u16, with Robin Steer in 8th, in the U14s Elliot Marsden finished 13th. Also racing in the youth were Conrad and Milo. Arthur Steer finished 7th in the U10 boys whilst Catrin Marsden finished fifth in the u10 girls. In the V50s Harry, John and Andy did the required amount of races to score league points finishing 52nd , 67th and 62nd respectively - there were 120 riders in this most popular of categories. Having spread myself between the eastern and London leagues I didn't race enough in either - but did manage to cycle to some of them cutting out on car journeys.

And if you really don't like mud but think you might try cross anyway  there is summer series in London you can find out all about it here.

Photos of ECL courtesy of Dave Cook
Posted by Neil at 23:34 No comments: