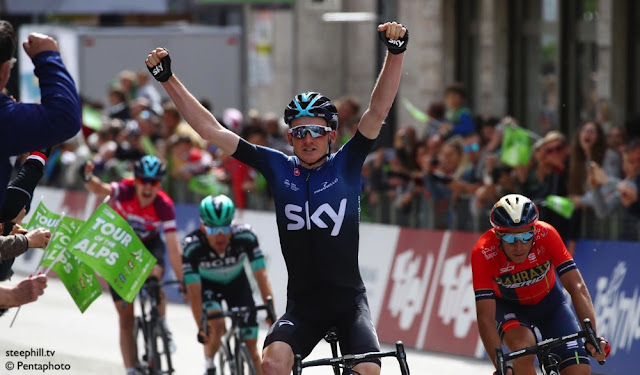 Apperley has worked in grassroots cycling for over 10 years, coaching the likes of Tao Geoghegan-Hart and Alex Peters, both Hackney riders who have gone on to ride for Team Sky.
Geoghegan-Hart, 24, yesterday celebrated his first professional victory in the opening stage of the Tour of the Alps in Austria, as part of a team that includes four-time Tour de France winner Chris Froome.
Apperley added: “Our riders need to know that there are possibilities to go to the next levels and even all the way to the top, breaking through any false ceilings there may be along the way.
“ARDP staff and coaches are on hand to help them develop their confidence, language and communication skills.”
Haben Gebrehiwet, who came to the UK from Eritrea, says his new bike is transformative: “It means a lot to me. I want to say thank you to the sponsorship project, to Venerdi and to Keir as well, for all the hard work.
“With this new bike, I will try to race in long races, more than 100 kilometres. I wish one day to be a professional cyclist with their help.”
Fellow ARDP member Okubit Tereke, also from Eritrea, received a race bike too.
Both bikes have been rebranded with Venerdi logos, after the restaurant got involved to help finance the purchases and resprays.
Cycling Club Hackney is now hoping to start an ARDP refugee cycling team.
If you want to get involved in the club, Apperley runs outreach sessions on Wednesdays and Saturdays at Kingsmead Housing Estate, as part of the Concourse Project.
The club is also running a Spring series of races at Lee Valley Velopark – the next is on 27 April, followed by one on 8 June.
It is also preparing for its 12th annual ‘big ride out’ on Sunday 5 May.
For more information, head to cyclingclubhackney.co.uk
Posted by MCSG at 13:21 No comments: 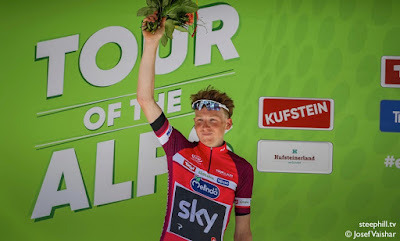 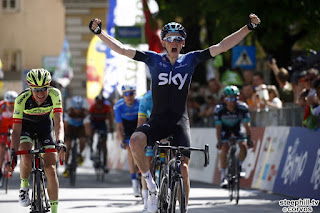 CC Hackney original youth member Tao Geoghegan Hart really has grown up. On Monday 22nd April 2019 he won his first professional World Tour bike race; beating some of the best riders on the planet to take stage one in the Tour of the Alps. He's certainly come a long way, his drive and enthusiasm is still there - keep it coming Tao!

Well done and congratulations from all at CC Hackney. 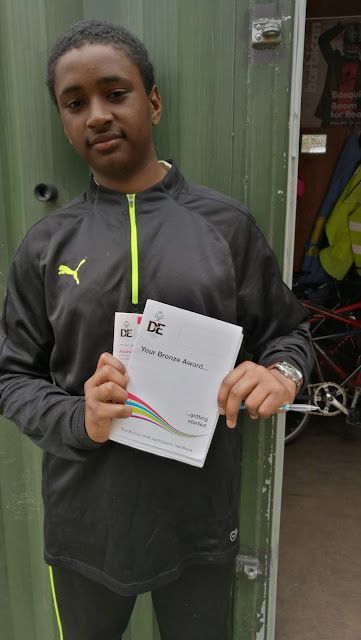 CHH Concorde rider Unais Dawud has been progressing his Duke of Edinburgh award programme while with us on Saturday mornings. His time counts as the required physical activity aspect needed to succeed and pass this through this award programme.

Well done Unais from all at CC Hackney - keep it up!


"Cycle club hackney is a beneficial cycling club which is open to people of all backgrounds and ages. This club takes its riders to many different sites so they can partake in many different activities and brings about more road sense and awareness. The club also includes other sports as a routine such as basketball, football, volleyball etc. but always are going on bike. This gives the riders a greater opportunity to become and stay fit and it also gives the riders a variety of sports to partake in. The best thing about this club is that it is completely free and has kind and sociable staff who organise the journeys and provide the attendants with bikes, helmets, gloves etc. and even help mend your own bikes, all free of charge! Definitely the club to go to spend your time but mainly to build your cycling skills on."


CC Hackney held a launch event at their supporting restaurant Venerdi last Monday. Rebranded race bikes were issued on agreement to Haben Gebrehiwet & Okubit Tereke, two of our young members from Eritrea. During the session we were in discussion, looking at the idea of forming of a composite squad of riders into a team. A group to represent East London's demographic and be a part of the change towards sport for all in cycling. Let's see what happens with this. And locally a demonstration of young people working with a cycling club and a business to help realise their sporting ambitions. 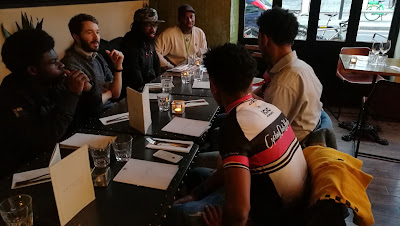