Tao is 2012 Hackney Under 25 Sports Personality of the Year 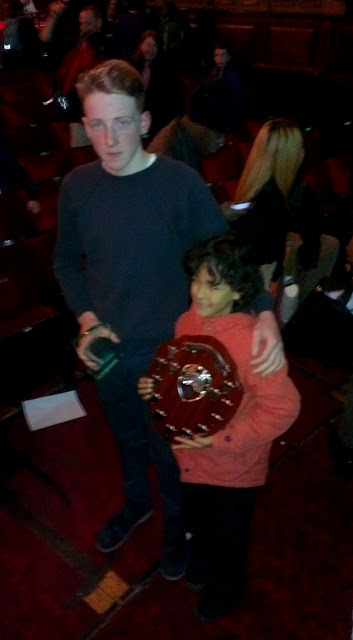 The Hackney Empire became a full house last Wednesday evening 7th November. The great, good and not so good had all come to see Hackney's sporting individuals, teams, volunteers and staff achieve recognition for their excellence, dedication and commitment to their sport in 2012. MC and funny guy Kat B hosted the event while the guest of honour was Olympic boxing champion Anthony Joshua.
Many awards were presented including the volunteers medals for which three of CC Hackney's coaching team were called to the stage; Isobel Siddons, Prosper Watts and Harry Moore. 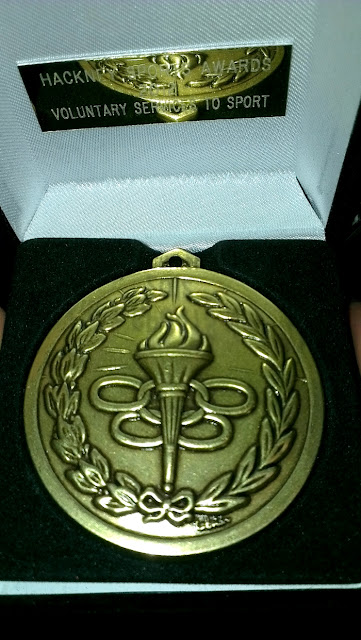 Our own Mostyn Taylor Crocket was on stage to collect his Hackney Sports Fund envelope. The last trophy to go out was the 2012 Hackney Under 25 Sports Personality of the Year shield. And the winner was...Tao Geoghagan Hart - yay, well done Tao!
Posted by Keir at 00:21