It's Bike Racing (but not as you know it) 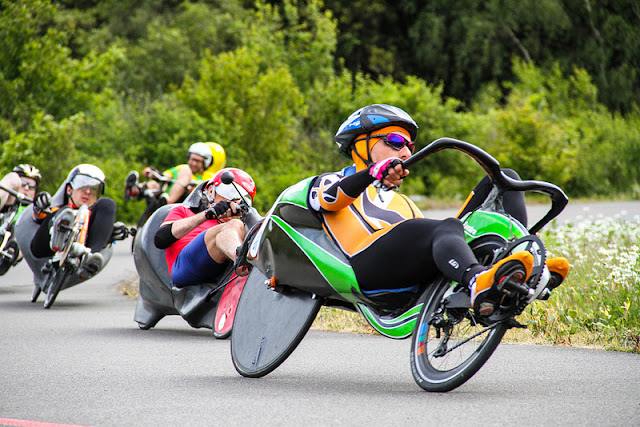 Come and see the cutting edge of bicycle design being pushed to the limit! Meet Mike Burrows - the worlds greatest bike designer - and see his latest machine! Watch your club chair being reduced to a quivering heap of jelly!

Hog Hill is the venue for the penultimate British Human Power Club race of the year on the 7th of October.  You won't be expected to race, but if you want to have a go contact Bikefix and they can probably lend you a bike.

Two weeks later we will be at Hillingdon for the final race of the season.