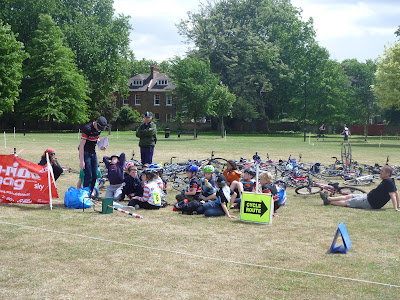 The 22nd of May 2011 saw the start of the CCH Hackney Grass Track league with an event at the Well Street Common Festival producing some close racing by young and old at the end of a very busy weekend for CCH members. 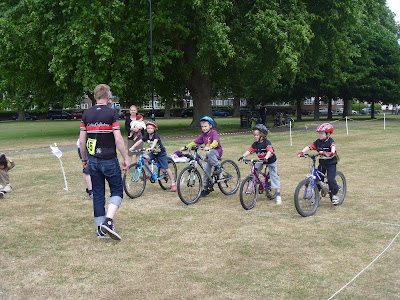 After the individual timed laps the Under 8's line up for a scratch race. 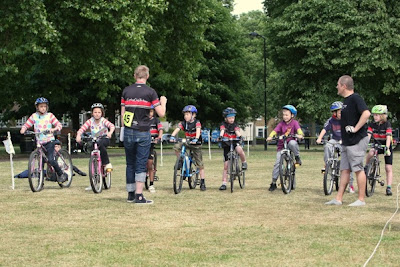 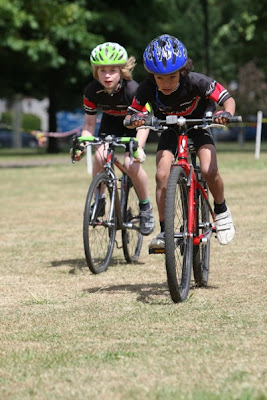 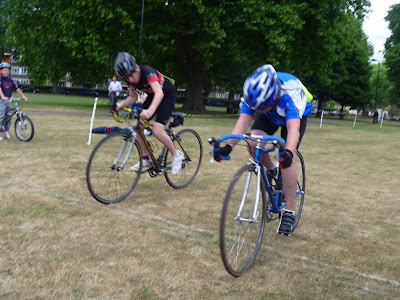 There was some close racing in the Under 12's - photo Robbie 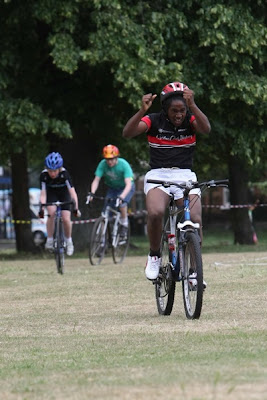 Shaquille puts in another super strong performance to win his third race. - photo Peter Gettins
Whilst some of us were racing on home soil Tao was off winning again in Belgium and for those youngsters who wonder how he manages to do that remember he started off racing in Hackney's parks too. Full results and league placings here.
Posted by Neil at 22:36