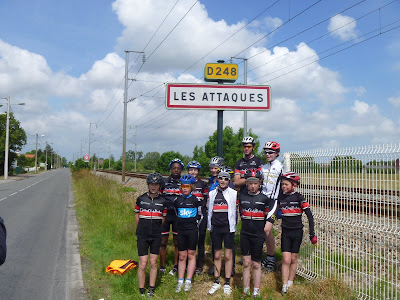 Some of the Hackney squad for the 2011 London youth games attended a training camp in the Pas de Calais from Sunday 29th of May to Thursday 2nd of June. The riders cycled to Victoria train station, then caught a train to Dover, followed by a ferry to Calais then a short ride to `Les ferme des Amis in Andre. 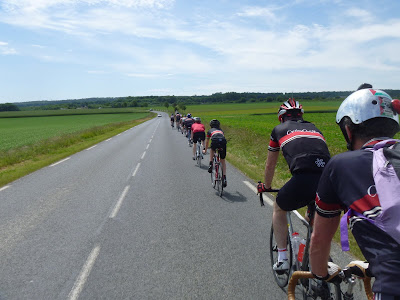 The road up to Liques
The first day of training started with a hill climb time trial on the route to Liques at just over 2km long and with a small descent then a rise of 90m it proved a real test in the heat but all the riders performed well. Following this the group was due to split with Alex and Clem heading off for a long ride unfortunately Clem's shifter broke leaving him with a choice of two gears. The rest of the group recce'd the next days steeper hill climb at le Val before it started raining. 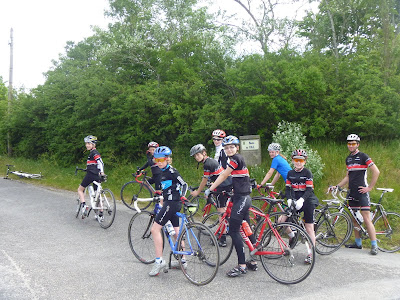 The bottom of the Le Val hill TT.
Day 2 and it was up early and straight into the 1.3km 130m rise of the Le Val hill TT with riders setting very good times. The afternoon saw them doing a 2.3km TT on a very flat straight road alongside the Calais St Omer canal, followed by a long ride in glorious sunshine taking in the beach between Dunkirk and Calais. 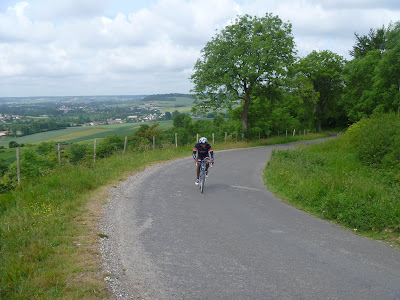 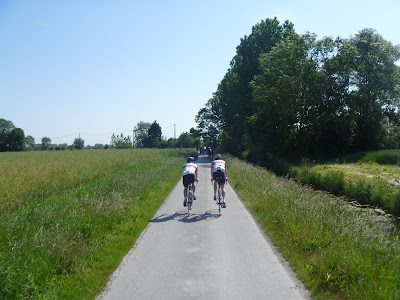 Out in the flat lands
Day 3 and with the whole group together they took a long route to get to nearby Nordkerque for another flat 2km TT on a demanding course, which the riders took in their stride. After lunch they headed back out to Le Val for another go at it. However following a wobble going up the Liques which saw a certain rider's helmet being imprinted by a. n. other's front wheel a few opted just to ride up and watch the other's in action. With Alex and Clem battling for the quickest time up the hill, once again the TT produced results leaving the coaches confident for the upcoming LYG. The final night we had a bbq back at base with Liam proving once again he can eat enough for 18 people by himself. 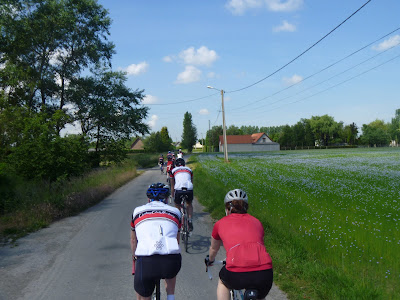