Clem (Captain Sensible) Berril, Ryhs Howells, Tao Geoghegan Hart, Keir Apperley and Mick Smith retraced last weeks route, up over and around to drop into Hertford. This time the weather was different - it was cloudy and wet for most of the day, no sun except for the last five minutes when the returning group experienced a few hazy rays whilst riding back down (the gauntlet that is) Lea Bridge Road. This years slow burn autumn has finally begun to tell with the leaves in the trees holding on in numerous shades and colors - a fine sight. The air temperature was not cold today and the conditions were quite atmospheric, something like Belgium, northern France or Skipton even? Other changes this week were sensible Clem's hair style; it was good bye the old long hair swishy look and hello to the squady cut. Squady? ...regarded as 'a member of the armed forces who thinks he's' - "Gods gift to women". On that subject Tao was resplendent in his new British Cycling Talent Team kit (see picture) and on the road he informed the group all about his recent four day induction into the team. 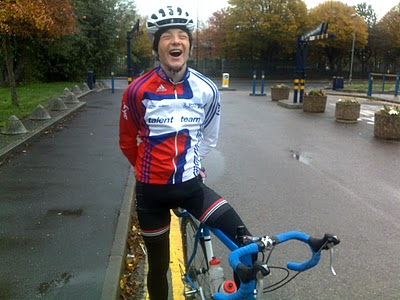 There is a refreshment establishment in Hertford Town that must love CCH, as they always go there. Love was doubtful this week though, the riders arrived in a soggy state and left the wooden floor and seats with a bit of a distribution of wet grit brought in from the lanes. Apologies from CCH to the cafe staff for any inconvenience caused.
A request was called during this ride; could all riders attending any group club runs between October and March please ensure that they have at least a rear mud guard fitted to prevent any following riders from getting splattered unnecessarily. 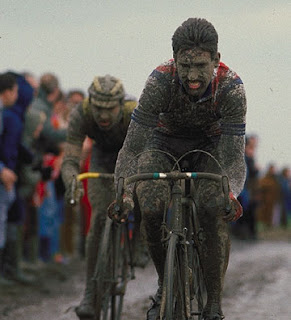 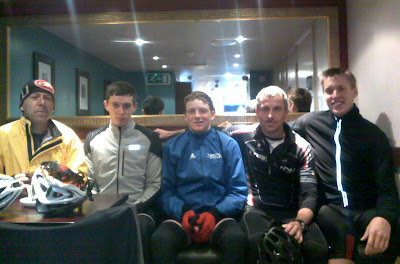