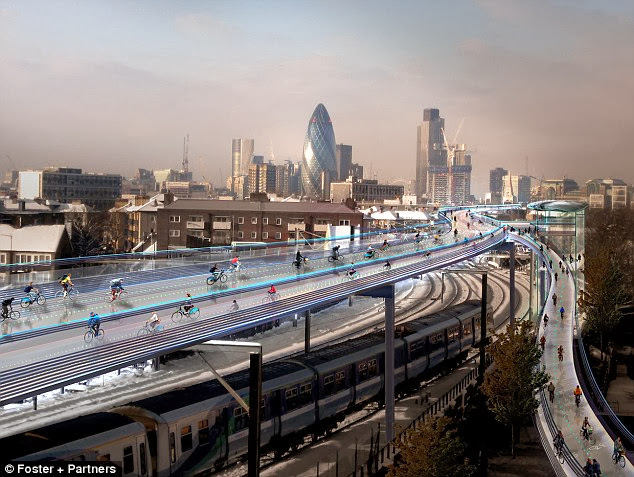 Cycling Club Hackney is proud to be running the HPSCL with it's year round programme of events. The project manager is U13s coach Neil Irons who has been doing a great job in bringing together a fine series of interesting races.
By all accounts these are exciting and enjoyable social occasions for Hackney's young cycling enthusiasts.

HPSCL's website here.
Posted by Keir at 11:53 No comments:

The Eastern and South Eastern regional cyclocross championship was held at Trinity Park in Ipswich on Sunday. The venue is brand new to cross - its the Suffolk show ground so pan flat and usually covered in farmers selling sheep or the like. The organiser Steven Grimwood from Elmy stepped into the breach only three weeks ago to put this event on and surpassed all expectations by putting on a tremendous event with a great course. He mixed up the flat road and grass sections with technically demanding sections of woodland, a four by four course with a six foot hurdle and a portable beach - more of which later.

Having raced previous eastern champs' in the snow it was pleasing to see the sun come out on the lovely course however the wind was whipping down Dedham vale and over Ipswich onto Trinity Park making for a couple of hard headwind sections where a rider might have normally expected to get a breather. I imagine the same wind hit Belgium a little while later as that's what the course most resembled - Belgian style cyclocross - that sand again.

Cycling Club Hackney provided riders in most of the categories racing - unfortunately Ned and Andy were out due to illness and with some of the rest of us suffering from colds it wasn't looking too clever. Could we rise to the challenge?
First up in the Under 10s were Stanley Boyd and Molly Gregory (under 8) riding on a shorter course that included a difficult section of woodland with thick sandy soil and lots of lumps and tree roots. Stan took a couple of tumbles but battled on to finish in 8th place. Molly finished 3rd in the girls.


Harry Gregory was up next on the same course for a tough looking Under 12s race, whilst the winner pulled away from the start behind him a close race developed and Harry was reeling them in lap by lap finishing in a great 7th place - much to the chargin of his dad who had promised him £2 per place he finished above where he normally finishes. A pro in the making there.

Next up was the eagerly anticipated Youth race with a field of 40 riders all pushing hard in the Eastern and London leagues. Frank Moore and Logan de Monchaux-Irons were in the Under 14 boys category  with Molly Lloyd in the girls under 14 race starting a minute behind the boys. Starting on the 2nd row of the grid Frank seemed to have a good start only for a buckled wheel to slow him forcing him to change bikes twice in the pits. Logan steadily reeled in those who had started ahead of him whilst in the girls race it looked like it was going to be a close thing with Molly right in the mix until the eventual winner pulled away from the rest.

Molly however finished on the podium in third place Youth girls and 2nd Under 14. Frank finished 6th under 14 boy and Logan 10th. A great showing by all the CCH youth.

Following this was the over 50s veterans, juniors and women's races. Harry Moore and Dave Carr were there looking like old hands whilst lining up behind them on the grid was newcomer Judith Philip in her first cross race - there's nothing like jumping in at the deep end- especially when its a sand pit and you're on a bike.

Off they went with Harry and Dave holding their own and Judith looking unfazed by the competition. Dave unfortunately punctured again - it was a day of much tyre pressure debate - dropping him down the places. Harry finished 19th and Dave 25th in the 50 -59 category and Judith was 9th in the senior women.

Next up were myself and Gary Boyd in the biggest field of the day - the mid-life crisis category or Vet 40-49 to give it its correct term. It took me just half a lap to realise I'd left my legs back in Hackney - that's when the headwind got me. Gary struggled in the sand pit each lap but at least he stayed on - seemingly there were plenty face planks into the yellow stuff - check out the photos here. Anyways I struggled on finishing in 57th and Gary was 69th.


Unfortunately we didn't have a rider in the senior race but Ben and Matt over at our friends Hackney GT finished 2nd and 4th. It was a great day out and a well run event - next time at Trinity I'll bring my legs. Full results here. 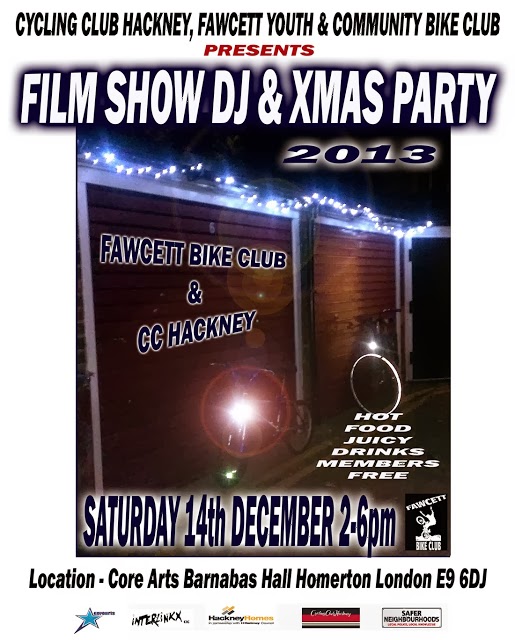 Cycling Club Hackney and Fawcett Youth & Community bike club are having a joint xmas party on Saturday 14th December from 2- 6pm at Core Arts, Barnabas Hall, Homerton High Street E9.
There will films and and DJing - bring some cds if you want to give it a go. There will also be some dancers strutting their stuff as well as food and drinks. Free to CCH youth members. Adults may wish to accompany younger members and lend a hand - thanks - please let Keir know if are attending.
Posted by Neil at 18:50 No comments: