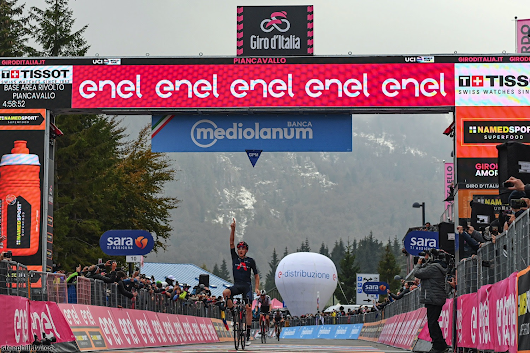 Congratulations as original CC Hackney member (as a youth) Tao Geoghegan Hart wins his first Grand Tour stage at the historic Giro d'Italia last Sunday and moves to 4th in the GC. But will he go on to win the whole thing by this Sunday!?

Text below taken from the BBC sports news report HERE

Geoghegan Hart, 25, powered past Sunweb's Kelderman for the win in the final few metres of the category one summit finish, after the Dutchman's team-mate Jai Hindley had paced everyone up the long final climb.

Geoghegan Hart dedicated the victory to Nico Portal, Ineos' sporting director who died of a heart attack aged 40 in March this year.

"This is something incredible for me. I don't know about [the general classification], I haven't seen the results - but crossing the line first is something truly incredible.

"This one is for Nico Portal. We lost him this spring and it's been really difficult for the team - this season has had great highs and lows, in the Tour [de France] and for me personally, and also in this race.

"We just have to foster the Grenadier spirit in this team and keep fighting back like we know we can."

Is Geoghegan Hart a serious contender?

Despite his young age, the east Londoner has long been a part of the Ineos/Sky set-up as a domestique, but like so many of the team's riders he is capable of winning the general classification in stage races.

However, it appeared Ineos would have to settle for trying to win stages for a second Grand Tour in succession when race favourite Geraint Thomas was forced to abandon with a fractured pelvis.

The Welshman crashed when a discarded drinks bottle became lodged under his front wheel.

But this has been one of the most unpredictable Giros for years, and after spending at least a week more than three minutes down, Geoghegan Hart finds himself in contention.

His biggest strength is climbing, and as the race heads for a final week's racing in the ever-colder Italian Alps he stands a good chance of gaining time, especially on leader Almeida who is thought to be more effective in time trials, although the final stage of the race is an individual time trial.

Kelderman is clearly in a great position, given he is two minutes, 42 seconds ahead of both his third-placed team-mate Hindley and Geoghagen Hart, but Pello Bilbao of Bahrain-McLaren, Rafal Majka of Bora-Hansgrohe and Trek-Segafredo's Nibali are also in contention. 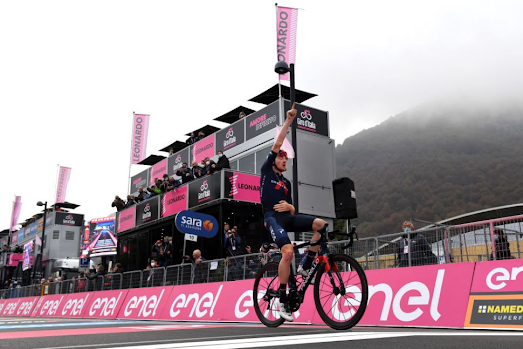