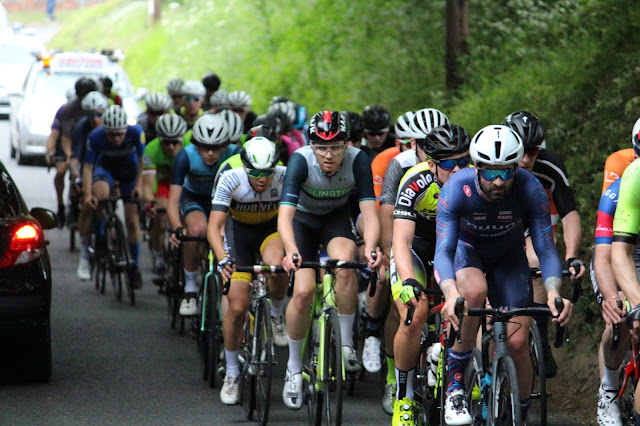 Windy grippy conditions made for an exciting race for the 56 competitors tacvkling the rolling course of this years CCHackney road race. The annual CCHackney Road Race was held on the 26thMay at Great Thurlow. For 2019 The event was run as a National B category E123 men’s race covering 15 laps which amounts to 120km. 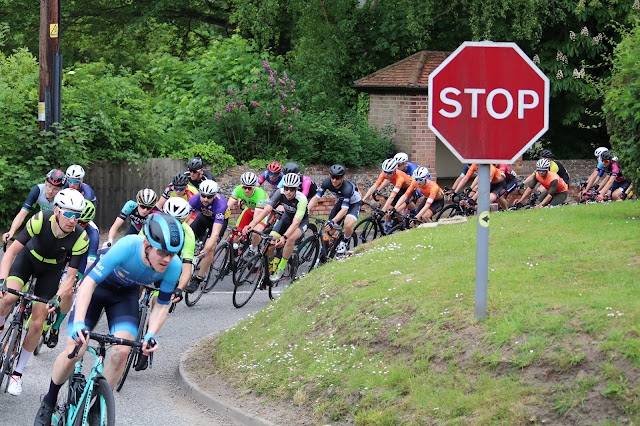 On the first lap Jack Brown of the Active Edge Race Team took off from the front and started to build a 40 second lead – no mean feat into the headwind which greeted the riders as they came up the hill towards the start finish line. By lap three he was joined by Gary Freeman of Pedal Power Cycles Ipswich and Andrew Taylor of DAP CC with James Hill of Team PB Performance quickly closing in on them. Lap 5 was the first prime lap with Jack Brown taking the honours  in that group of four. Meanwhile another group was starting to form 30 seconds behind them and the main bunch around the same time back again. 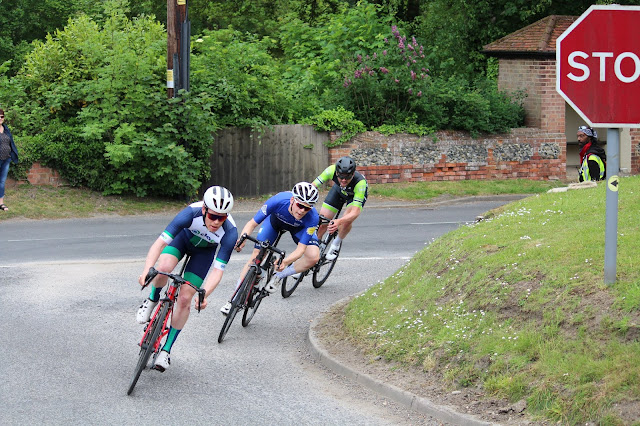 By lap eight the two leading groups and come together to form one lead group of 12 riders that by the next prime lap at lap 10 had two minutes over the next group and another thirty seconds over the main bunch.
The second prime was taken by Chris McNamara of Nuun-Sigma Sports-London RT. 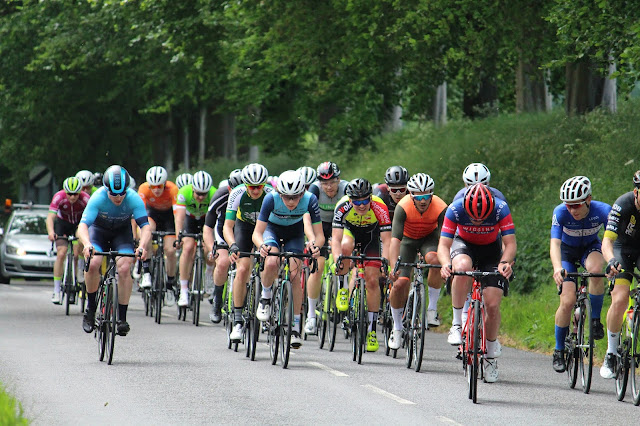 By now the main bunch was dwindling as riders were shelled out the back through a combination of mechanicals, the efforts of the front of the race or the hills or the wind or all four. There were a couple of minor crashes including one unlucky rider ending up in a ditch overflowing with nettles. 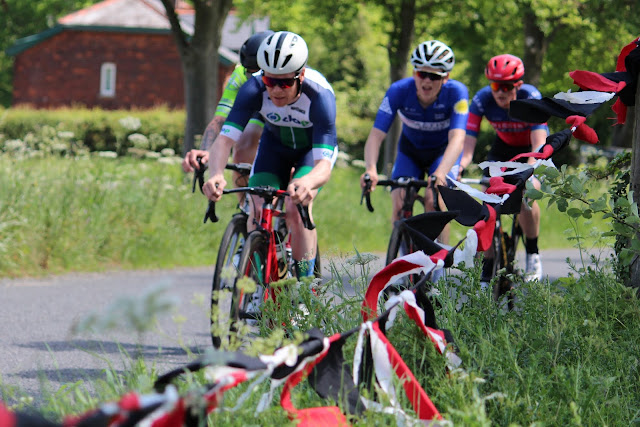 By the time the front bunch heard rhe bell they were nearly 4 and half minutes in front of the peleton putting them in danger of having to retire with the five minute cut off rule being imposed. All the riders that were pulled out by the judges were placed according to when they were asked to stop.

In the end Edmund Bradbury of Memil CCN Pro Cycling pulled away from the rest to take the win by a few bike lengths from Joseph Sutton of Richardsons-Trek RT with Chris McNamara coming third just in front of teammate Tom Hargreaves for fourth. Tom Wiley of Team LDN rounded off the top five. The winners time for the 15 laps was 2 hours and 57 minutes.
Full results can be found here-
https://www.britishcycling.org.uk/events/details/190361/CC-Hackney-Road-Race-2019.

Thanks to the commissaires, National Escort Group, accredited marshals, Great Thurlow Sports club and local residents for making it a smoothly run event. And thanks to the CCHackney members and friends who helped out including some who rode all the way up there and back again to London into that headwind and rain.

Donations from the refreshments amounted to £80 which will be forwarded onto Addenbrookes Charitable Trust who are currently raising funds for a ground breaking cancer scanner appeal with a target of £145,000 The images created by the scanner will make 3D models possible to aid surgery in removing tumours.